We will thoroughly analyze what the FujiFilm QuickSnap 400 Disposable Camera has to offer us, and we will also see how to get the most out of the camera, taking advantage of the specs it has over other cameras of its kind.

The FujiFilm QuickSnap 400 is one of the best selling and popular cameras among fans of disposable cameras. Its use as in other cameras of its type is quite simple and intuitive.

But as we will see below, it has one or another feature that you can take advantage of, which has to do with the use of flash mainly.

How the FujiFilm QuickSnap is composed?

The Fuji QuickSnap is made up of 6 essential parts:

The technical specifications of the QuickSnap are essentially similar to Kodak’s FunSaver, with some subtle differences that we will see in another post.

What film does the FujiFilm QuickSnap 400 use?

The film used in this camera is nothing more and nothing less than the FujiFilm Superia X-TRA 400, a film as the same name indicates, with an ISO speed of 400. A film that enjoys a great reputation in the market and that becomes the brain that directs this camera.

It is a relatively inexpensive film but also very versatile, it has a very remarkable balance of contrast and colors.

In addition, in our opinion, the grain of this one gives a feeling of being slightly finer than its Kodak rival, the Ultra Max 400, nothing so obvious really.

For many it may seem that an ISO 400 is not enough for a disposable film camera that has a fairly limited lens, and also because the competition usually uses higher ISO films, as is the case with the Kodak FunSaver that uses an ISO film 800.

But the truth is that like any disposable camera, it is not intended to be a camera to be used in poor lighting conditions.

If you are going to use a disposable camera make sure you have good daylight and also outdoors.

How To Use A FujiFilm QuickSnap?

Knowing the advantages and limitations of this camera, you will be able to use the QuickSnap in the best possible way:

How to use the QuickSnap Built-In flash?

The flash in this camera is very interesting, since unlike the Kodak FunSaver, it is activated by a switch, achieving with this, not having to recharge every time you have to take a photo.

For many it can be an advantage, for others not. And basically that is why they have differences, to give us options according to the needs we have.

The reasons why we would need a switch that stays on would be to make use of it constantly, for example on a night where you are going out to have a good time with your friends. And you only want to worry about taking the photo in the right moment without having to worry about having to recharge the flash every time you take a shot.

Recommendations For Using The FujiFIlm QuickSnap

It is important to know that the most appropriate use of this camera is to aim to take photos in very good daylight so as not to have underexposure problems. Or, failing that, always have the flash activated in night situations.

Never try to take landscape-type or large-space night photos. Keep in mind that the flash of this camera can be used above all to take portrait shots or spontaneous moments of people.

If you have this clear you will know how to get the most out of the camera and you will get great pictures.

Use spontaneity to your advantage and have fun with this cool camera! 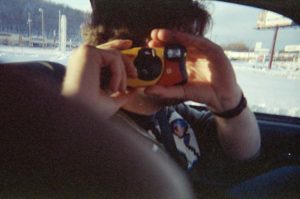 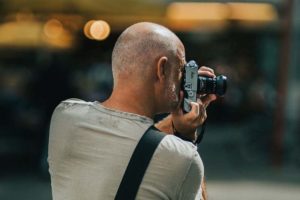 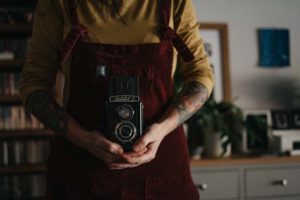